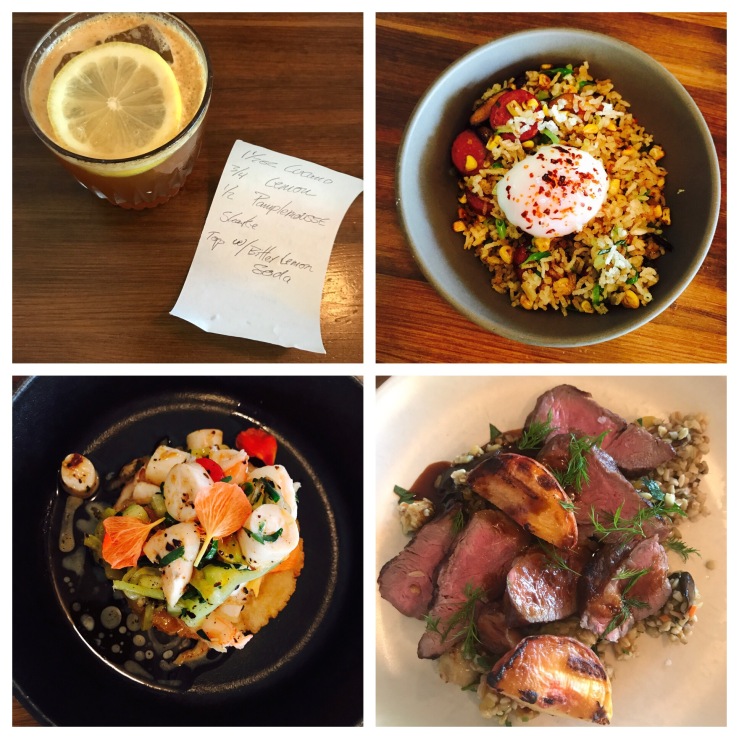 When I first started this whole dumb little food blogging idea, I had a dreamy idea that I’d talk about some of the clutch restaurants I visit while traveling. Well ya know those instagram vs reality memes? Yup, basically my writing life. I had a sexy vision of coming back to my standard issue hotel room and actually using the desk and Ethernet cord to talk about the meal I just ate. Instead I crashed at 9:00 pm sharp while watching Catfish.

Anywho…one of my all time favorite places to eat in Atlanta is Hugh Acheson’s Empire State South. I first learned of Hugh on Top Chef…he’s the guest judge with a unibrow and a funny little voice. After catching his season of Top Chef Masters I bought both of Hugh’s cookbooks: A New Turn In The South focuses on reimagined southern cuisine, but the one that really lit my fire was The Broad Fork, all about cooking with the seasons. Hugh Acheson is a master of vegetables, and it’s inspiring.

Empire State South’s entrance is quite literally a coffee shop, and the low lighting, rustic wood motif, and cozy feel is featured throughout. An outdoor bocce ball court nods to the restaurant’s southern theme. The menu’s divided into small plates and mains, all meant to be consumed family style. The menu is driven heavily by seasonal vegetables, including obscure fixins’ like sunchokes, seabeans, ferns, and morels. They offer a huge variety of proteins, from fish to octopus to lamb to offal. Since it’s been like 3 weeks I don’t remember exactly what was in everything I ordered, but there are two things you absolutely MUST order if you ever go there: 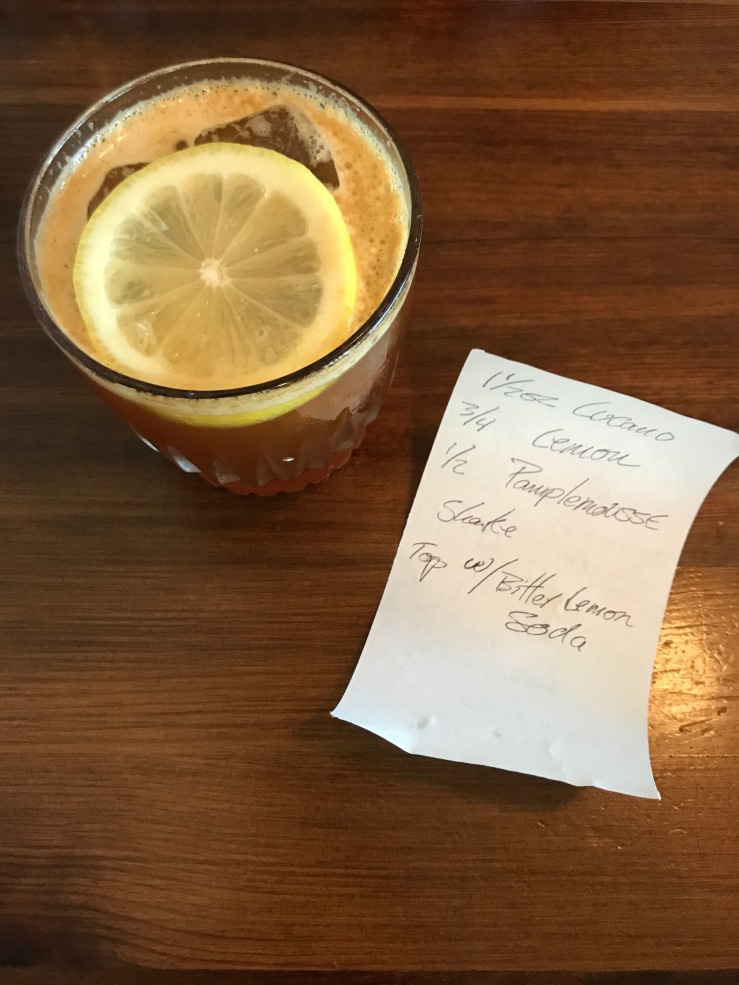 Last weekend, me and my gal pal Tori tried to recreate it (luckily my dude Greg brought me a bottle of grapefruit pamplemousse liquer a few months ago) but with Amaretto instead of Amaro (the liquor store didn’t carry Amaro but my friend at the store believed the flavor profile would be somewhat similar). It was sweeter and more almond-y than ESS’s cocktail, but still DELICIOUS! 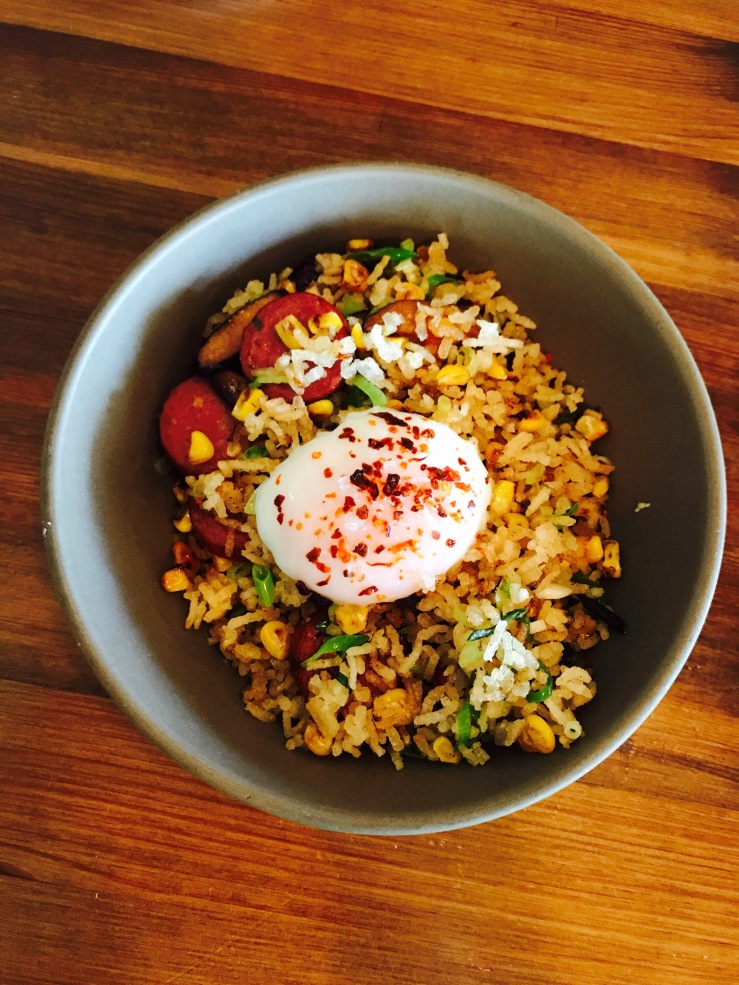 We ordered a delicious and fresh octopus ceviche along with the farm egg for our starters. For our mains, I got a crispy skinned sea bass with green beans and flash fried okra, my sister got a sausage and shishito number, and my dad got ribeye with peaches. All extremely shareable, just how I like my fancy meals. If you ever find yourself in ATL, Empire State South is well worth a visit. 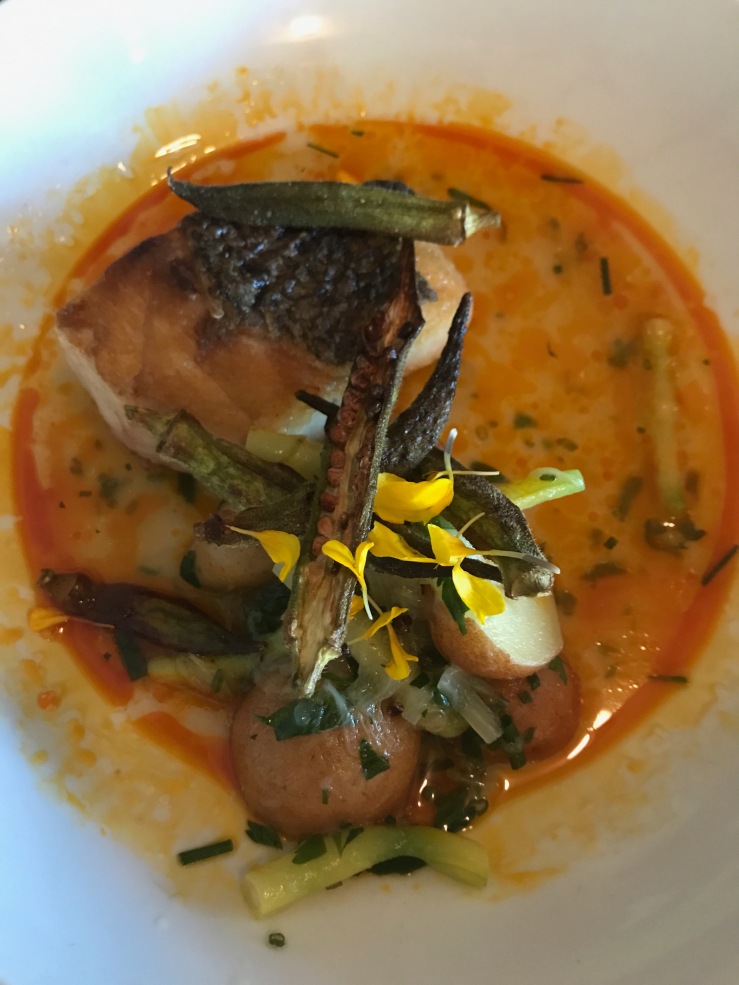 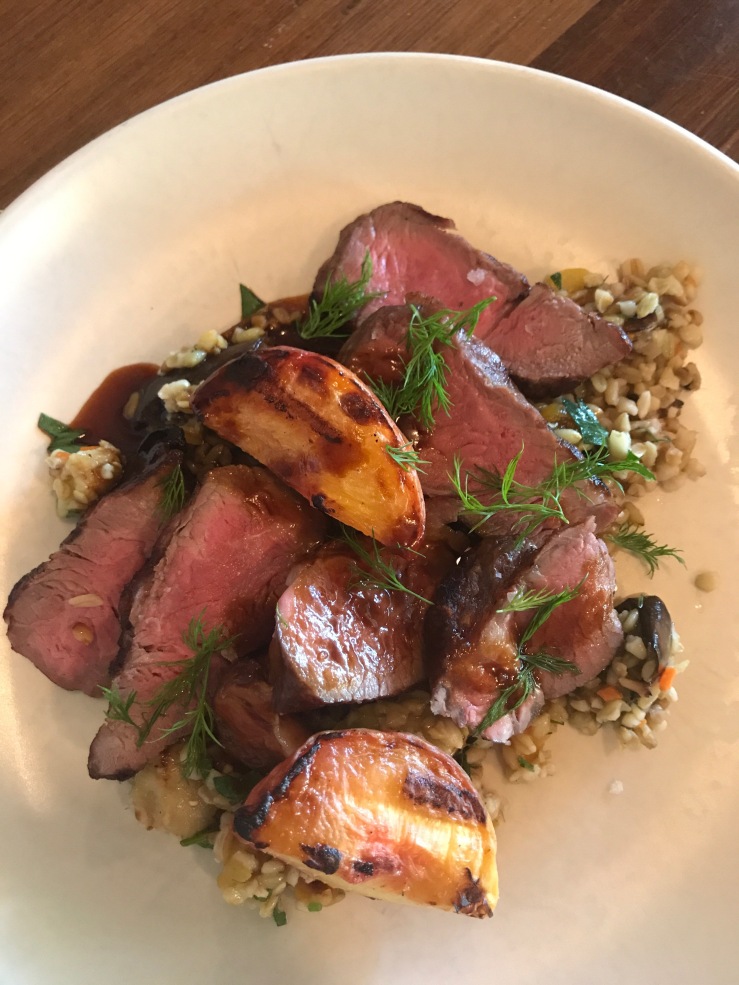 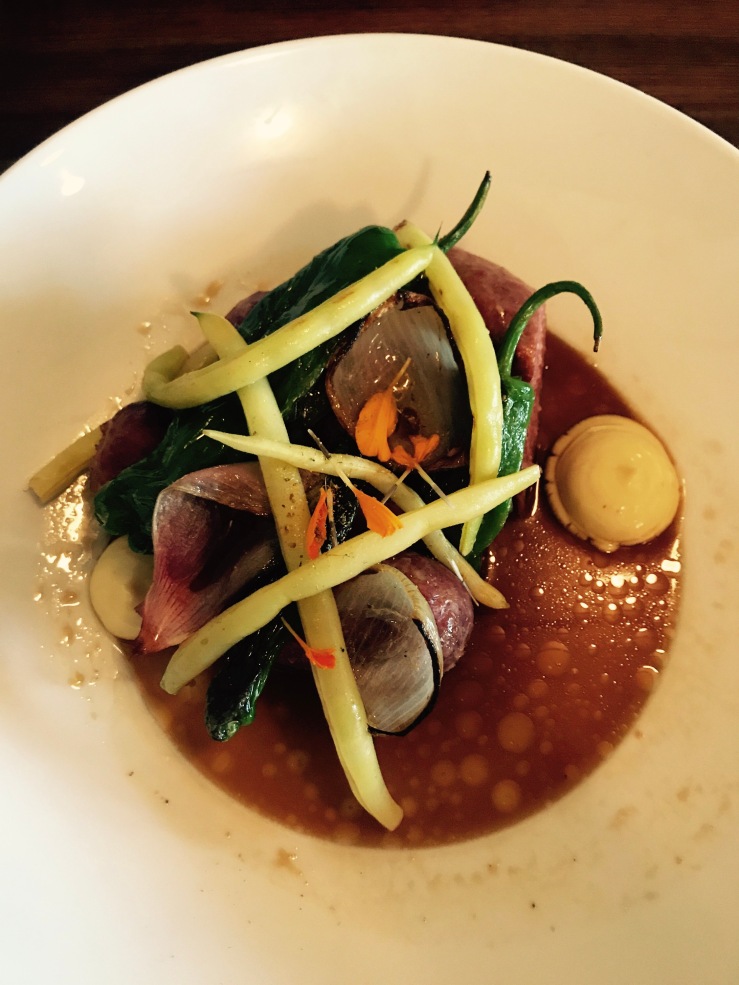 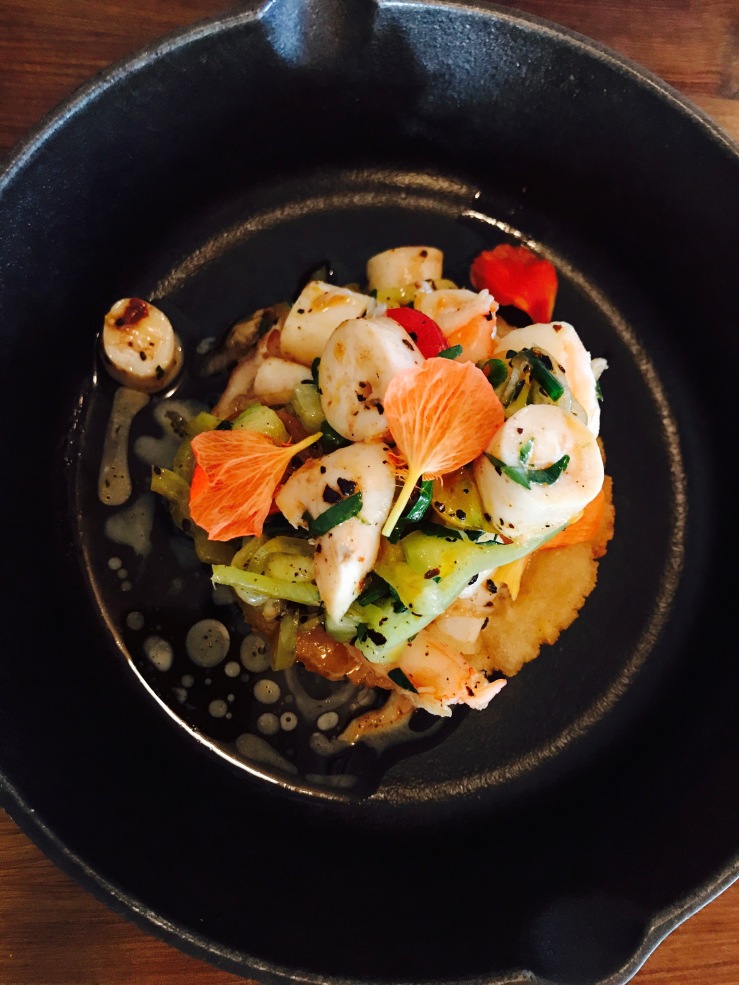