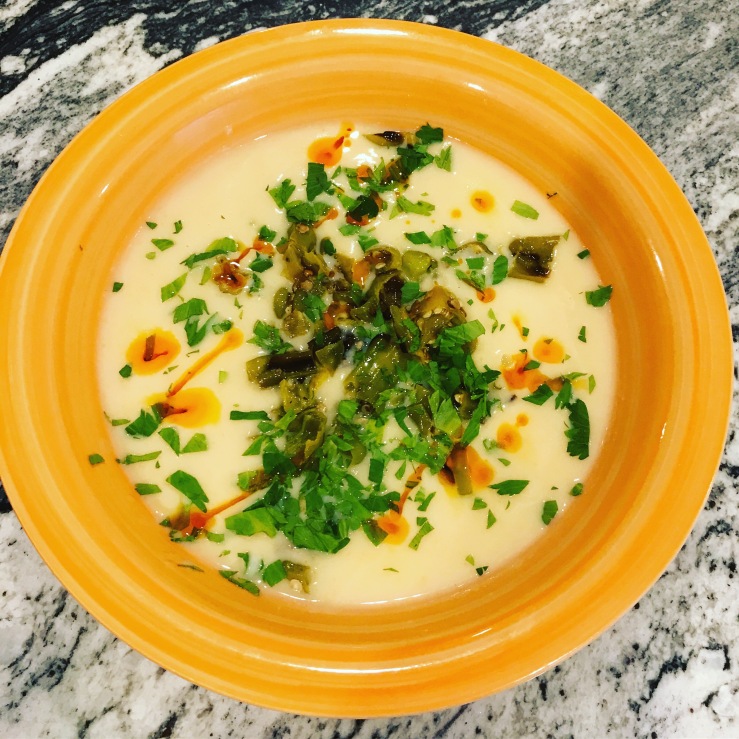 I’m one of those weirdos who really, really likes purees. Basically baby food with salt, cream, and butter to make things delicious. I’ll eat them as a side, as a sauce, as a garnish, as a soup. Mmmm, soup. And guess what? They’re super easy to make, so you should love them too.

Veggie based creamy soups include the same elements. Keep these in mind:

The roasted shishito salsa was a bit of a happy coincidence. I specifically made it to serve alongside meat for a BBQ I hosted last weekend, then realized how damn delicious it tasted. Plus, it’s a clever way to re-purpose leftover shishito appetizers I’m often stuck with. Gonna bust that one out frequently.

Remix The Dish: For broccoli cheese soup, mix a few handfuls of cheese in with the half and half and add white pepper. For mushroom soup, omit the carrots and celery and add dried porcini mushrooms in with the onions instead, and use 4 pints of fresh mushrooms and use 3 cups of broth. 2 bundles of asparagus should do for asparagus soup, and use greek yogurt or sour cream as the creamy element. Bacon and crouton garnish would taste awesome with split pea, bean, or white potato soup. I love making carrot or sweet potato soup with red curry paste and ginger added in while the aromatics saute, lemongrass and honey while it simmers, then add coconut milk right before you puree. A fall favorite of mine is pumpkin beer cheese soup, which sounds nuts but tastes awesome. Use a large can of pumpkin puree instead of the cauliflower, reduce the broth to 2 cups and stir in a whole bottle of ale mid-simmer, then add some cheddar after you puree. Garnish with croutons and fried sage leaves.

1 thought on “Cauliflower Soup with Roasted Shishito Salsa and Chili Oil, and how to make pureed veggie soups without a recipe”